For some time now the issue of unrest and killing in Oyo state southwest Nigeria has been trending on the social media, national newspaper, and radio and television stations. While some patriotic Ajimobi of APC now late, are blaming the present administration of Governor Seyi Makinde of PDP for failing the trust of people in the area of security in the state.

Several opinion polls and finger-point flooding the news streams but most commentators seems myopic in their view to the issue. This is what prompted the team of “Morning Briefing”, a TV program of JBNTV started investigation on what could have been the root cause?

While, chatting with a Nigeria Leadership Coach Expert and the Ibadan son of the soil, who witnessed several political regime and familiar with Ibadan political strategy, popularly called Dr. Josh condemned the resent unrest and killing in Oyo State and said its pure political and power tussle.

Mr Aderinola Gbenga said “before we blame the situation on the present administration of Governor Seyi Makinde, we should remember that politic in Nigeria is more or less a business rather than love for social service. Also not forget that only Oyo State has PDP as governor in the South West while every other governor in South West States belongs to All Progressive Congress (APC).

However, considering the political party structure in Nigeria, being seen as business, the loser would not rest until they make sure the opponent lost reputation and be discredited to win the next election. We should also not forget that opposition party owns the federal leadership and federal controls everything in Nigeria. Therefore opposition party has the ultimate power to frustrate the present administration and the effort of Governor Seyi Makinde in Oyo State so as to puncture his reputation and lost credibility to win the second term”

Dr. Josh also related the issue of unrest and killing in Oyo State as an act of wickedness and self-centeredness which the opposition party used to defeat former PDP President Good Luck Jonathan, the power behind the killing and unrest during his regime would have been fuelled by the enemy of peace and those that clamouring for power and fame without putting the future of young Nigerians into consideration.

Remember that former President Good Luck Jonathan said concerning the issue of Boko Harm “my hands are tied” this statement was very heavy for a whole commander in chief of Nigeria Arm Forces. Therefore we should know that there are strong forces behind every evil perpetration in Nigeria.

Meanwhile, they succeed in taking over the federal leadership without progressive template and overtime the entire over 200million Nigerians are now in jeopardy and harassment of bandits, herders and various pressure groups. The leadership Coach Expert further said “I remember the statement of one of the global business tycoon that says “we cause the problem we can solve…”

Mr Gbenga said “those that said Nigeria problem is within Nigeria” actually know what they are talking about. They understand the political strategies in Nigeria. They know nepotism and tribalism plays key role to Nigeria politicians. They are ready to do anything in order to display superiorism

I want to believe that the unrest and killing in Oyo State is a strategy of the opposition party to get read of the present administration and win 2023 governorship election so all the south west governance would be in their claw; this also is very hazardous to the progress of the South West region.

Mr Aderinola also added, that “no matter what the people do there will never be a perfect governance as much as the fact remains that we are all human and we are not perfect. The issues of security in Nigeria should not only weight on the head of State government rather we all need to get involved.

As far as Nigeria security architecture is concern state government has little or no power to obstruct constitutional security structure in Nigeria in order to save his people, that is why 1999 constitution adjustment and restructure is very important and eminent to the progress and good governance in Nigeria.

Joshua Gbenga Aderinola further said that he is not supporting or bad mouthing any political party but as a business and brand strategist he understand the tricks and pranks use in high competitive environment to win leadership position especially in political arena. He also advised that we should be careful and vigilant in concluding a matter which seems cloudy to our understanding especially when it comes to leadership issue.

Moreover, without doubt both leadership flag bearer parties in Nigeria have failed us and they are all self-cantered and using intimidation to keep us in their pocket. They breed hoodlums as their battle axe and wild dog to work out their evil intention of killing and looting. We can all see the evidence of this in how “Endsars protest” in Nigeria went and ended.

We will continue next time while we will be looking at power game in the house of representative and true federalism and survival of democracy in Nigeria. Till then keep reading keep refreshing. 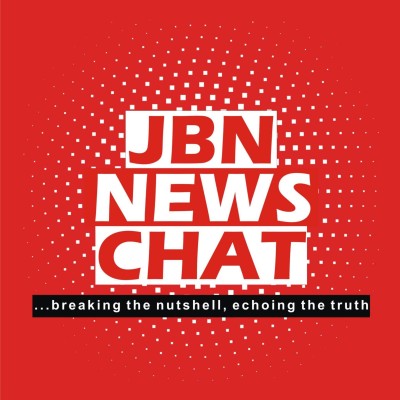 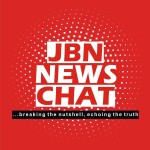 YOU DON’T HAVE TO LOSE IT